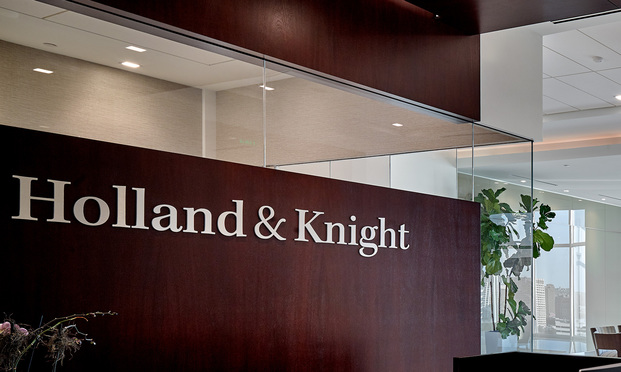 If law firms need (yet another) reminder to take cybersecurity seriously, well, talk to Holland & Knight. The Biglaw firm recently found themselves on the wrong side of the v, and are defending themselves against allegations they should have done more to prevent a cyber fraud scheme in which scammers walked away with over $3 million.

As reported by Law.com, back in December 2019, Holland & Knight was hired to handle a stock transfer. Now, Holland & Knight, the transfer agent Continental Stock Transfer, and Tassel Parent Inc. are being sued by Sorenson Impact Foundation and the James Lee Sorenson Family Foundation. According to the complaint, a “malicious third party” intercepted the correspondence and assumed the identity of the plaintiffs, forged documentation, and had the law firm direct the $3,124,940 payment to a Hong Kong bank account. According to the complaint, plaintiffs have been unable to recover the money.

Plaintiffs allege Holland & Knight and defendants did nothing to vet the account the money was sent to, nor did they not contact the plaintiffs to confirm the the transfer details, a step they say was set out in the underlying agreement:

“Plaintiffs and defendants would have discovered the fraudulent emails, fraudulent Letter of Transmittal and Letter of Authorization if H&K and Continental had contacted plaintiffs in person over the phone to confirm the fraudulent wire instructions,” the complaint reads.

The complaints alleges breach of contract, breach of fiduciary duty, and negligence against the Biglaw firm. Holland & Knight has yet to comment on the lawsuit.